Thousands and thousands of players have been digitized on Swish APP since its appearance in 2019. The vast majority of them are amateur players, who thanks to the app, they have been able to analyze and improve their game with advanced basketball stats, live tracking, results, shooting and heat maps, at the same level as the pro.

However, also professional players have gone through Swish APP, when they were young talents who exploded in any of our digitized competition or when they left the top level basketball, but continued playing.

Everyone’s young players dream is to one day get at the same level of their idols. Now, you are working everyday to accomplish your goal, feeling like pro with your live stats and comparing with others on your team. We want to inspire you to keep growing with this list of professional players who have gone through Swish APP. Think about, one day you might be this list.

Josh Giddey: One of this season stars in the best basketball league in the world and is because the Oklahoma City Thunder Rookie has made a tremendous season. By his performance has earned him to be considered the rookie of the year and the consideration of future star of the league. 12.5 points, 7.8 rebounds and 6.4 rebounds, accompanied by multiple triple doubles have been his letter of introduction. Well, before shining in the NBA, this number 6 of the Draft, was in our APP and was one of the talents of the 2020 L’Hospitalet Junior Tournament. Giddey was MVP and all the fans could follow him with live stats from our APP.

Uros Slokar and Uros Nikolic: The Uros have been a reference in the last seasons of Spinelli Massagno, one of the greatest team in Switzerland. However, before boarding on their adventure in one of the competitions of the Swiss Federation (digitized with live stats by NBN23), these two players have had an extensive career in major European teams and even NBA. In the case of Slokar, he was a player of the Toronto Raptors in 2006 and then he was in great teams such as Fortitudo Bologna, Montepashi Siena, Alba Berlin or Estudiantes among others. For his part, Uros Nikolic was a reference in the paint for Red Star for several seasons.

Asier de la Iglesia: This incredible player is one of the best players in the EBA Spanish League history. He’s also known for being a player diagnosied with multiple sclerosis. Since he was diagnosed with this disease, he has devoted himself to live with it and give it visibility. This led him to play an Endesa League game with Gipuzkoa Basket and participate the Spanish National Team training camp. This season, after some time of inactivity, he has been part of Baloncesto Torrelodones in 1st National League in Madrid. You can also follow all the Madrid Competitions on SWISH app.

Carla Brito: One of the biggest talents of Spanish basketball and Gigantes Magazine Award for the best junior. Well, this player who has already debuted in Liga Endesa Femenina has been all season in the Spar Gran Canaria 1st Division Canaria where she has averaged more than 25 points in each game.

Paula Palomares: All the Spanish Fans will remember her for being one of the first women who has participated in the Endesa League three-pointers contest and for her extensive career in the two major categories of Spanish women’s basketball league. Well, in Swish APP this excellent shooter has played this year in the Municipal Sports Games of Madrid Basketball Federation and has shown her great wrist, scoring 5 three-pointers in each game.

Awa Fam Thiam: Like Carla, is called to be one of the greatest player of women’s basketball in the coming years. At 15 years old, she debuted in Liga Femenina Endesa with Valencia Basket and has strongly shown her power in the paint. In Swish we were able to follow her live in the Improve Junior Women’s Tournament held in L’Alqueria del Basket where her performance amazed all the was. Of course, she was the MVP after her team won the title.

All basketball lovers have been able to see the tremendous level of the two juniors we mentioned before in the Spanish Junior Championship 2022.

It was in the quarterfinal game that faced Valencia Basket (Awa) vs Spar Gran Canaria (Carla) that ended with Spar winning by 51-56. The duel was not decided until the last breath and the two talents showed why they are considered the future of Spanish basketball. In a low percentage shooting day, Carla was fundamental for the victory as she was able to contribute in other aspects and went up to 13 rebounds and 8 assists to finish with 18 valuation scoring only 4 points. For her part, Awa, was the best of her team and despite the defeat finished with 17 points and 18 rebounds for 28 valuation. A great number of numbers that show, once again, the level of these two great talents.

Last but not least, we do want to give a special mention, in 2018, when Swish was still a project, in NBN23 we had the chance to digitize the Hoophall Classic, one of the biggest cradles of talent across the United States. In that edition we had the honor of providing live stats, and digitazing an All-Star like Zion Williamson and great NBA players like RJ Barrett, Anfernee Simmons or Bol Bol. Undoubtedly, this was the most star-studded tournament in the history of our company and it was a real pleasure to enjoy them live and to bring their live stats to everyone so that they could consult them from anywhere.

As you has checked, the list of professional basketball players that our technological solution NBN23 of digital scoresheet, INGAME, is extensive and will be even greater because the number of competitions around the world, which we are digitizing games is increasing. There are many competitions in training categories with talents ready to make the big leap to professional basketball. Are you ready to be the next one?

Check out all this information: 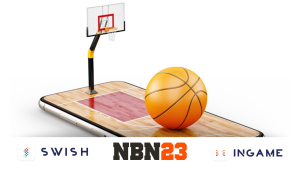 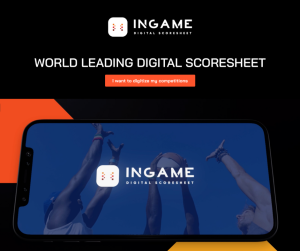 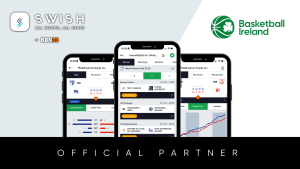