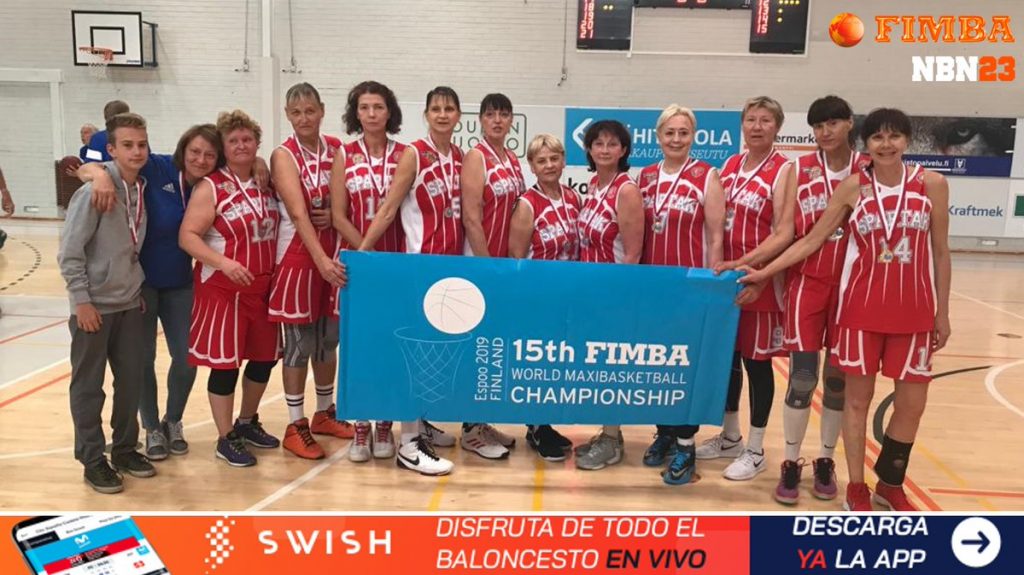 The International Maxibasketball Federation will be attached to NBN23 until 2026.

NBN23 and FIMBA have closed an agreement to be united until next year 2026. This agreement will take all FIMBA matches and competitions worldwide to Swish, the NBN23 application to broadcast live what happens in the matches that are registered through the digital record.

The International Maxibasketball Federation has been linked to NBN23 in several of its competitions in recent years, which allowed live tracking of several tournaments such as the FIMBA World Championship that took place in Finland last year.

The sign will take NBN23 to all competitions organized by FIMBA. Malaga, Guadeloupe or Dubai, the tournament locations of this Federation will have a cutting-edge technology in the digitalization of basketball and respect for the environment through eliminating the use of paper in matches.

FIMBA, is a benchmark in veteran basketball with games from 35 years to players over 85. They are the greatest exponents of the saying ‘the sport is not old’.

Franco Zullich, director of communication and event supervisor at FIMBA applauded the firm: “For several years now, at FIMBA, we have been committed to the complete digitalization of our matches and tournaments. This new agreement allows Maxibasketball players and fans access to a professional experience of statistics and match analysis, as well as organizing the activity of the category across the planet. It’s a breakthrough, ”he said.

On the other hand, Miguel Bullón, executive director of NBN23, is aware of the success of including FIMBA in Swish: “Our APP appeared with the clear objective of revolutionizing basketball and covering all amateur basketball and the main competitions that were not digitalized to world level With this agreement, we join a very successful competition and we will give basketball among veterans the visibility it deserves, ”said Bullón.